> About us> The Braquier House
Cart 0 Product Products (empty) 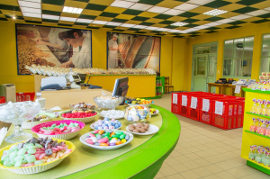 More than any nation, France can boast of its sweet specialties. Montélimar, Nancy, Cambrai, Aix en Provence, Vichy, etc ... have the title of nobility of mouth which contributes for a part to their fame. Verdun has the Dragees.

French dragees know an international fame thanks to its unequalled quality.

In 1220, a Verdun apothecary had the idea of taking his cooking almonds and coated them with sugar and honey before making them hard.

The sugared almond was found and called SPICE

This product knew a fast popularity in nobility and particularly with women.

For ages, its spices have kept the pralines shape. In 1600, they have been manufactured as a hard and polished sweet with the almond shape, as we know them today.

In 1660, Colbert wrote to the King: "An important trade of dragees is made in Verdun". 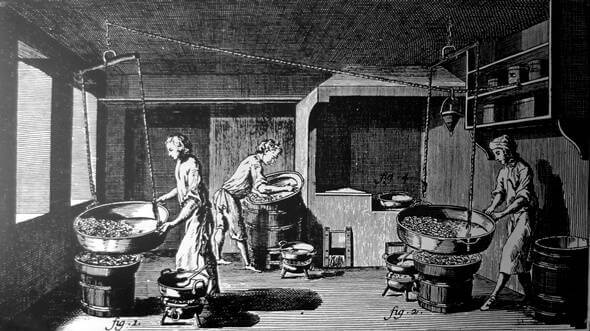 In 1783, J. BOIVIN sweetshop, in Mazel Street, introduces what will begin Braquier firm.

Mister Léon Braquier and Edouard Boivin buy, in 1871, the Coulmier castle, and transform it as a big factory.

Completely destroyed during the Verdun battle in 1916, the factory was rebuilt and modernised.

The firm "The Dragee of Verdun", L. Braquier firm origin, has definitely been created the 11th of august 1921.

Braquier's sugared almonds conquered the world and some famous people became part of the firm's legend :